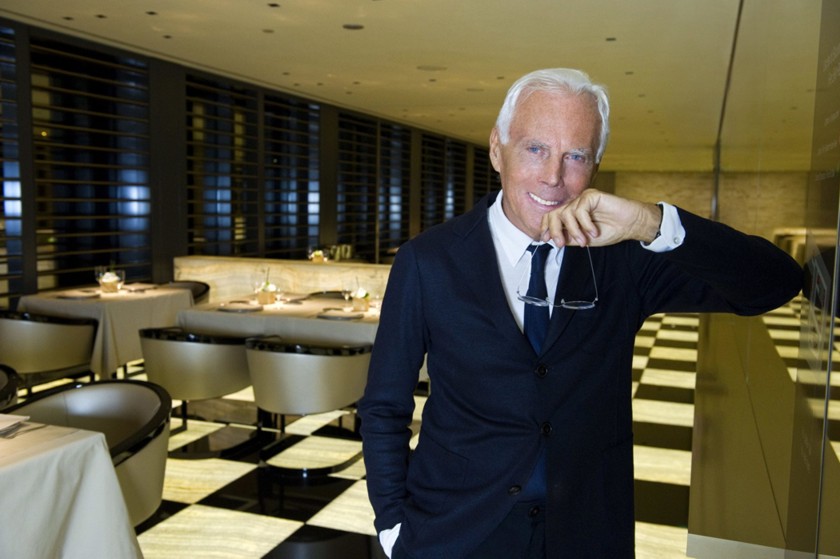 Aged 85 years old and having already held the post of the most successful independent fashion designer in the world, Giorgio Armani has established himself as one of the most important personalities in the fashion universe. His numerous contributions to the cinematic arts have also contributed to the stylist’s fame and fortune.

As a way of recognizing Giorgio Armani’s legacy, the British Fashion Council, one of the world’s leading fashion organizations, will pay tribute to the Italian designer. Armani will receive the Outstanding Achievement Award, which among other winners stand out Karl Lagerfeld, Ralph Laurente and Miuccia Prada.

As stated by the director, the executive director of the organization Caroline Rush, the British Fashion Council will honor “Giorgio Armani with the Outstanding Achievement Award. With over four decades of experience, Mr. Armani’s contribution to the fashion industry is truly remarkable. Recognized for his timeless vision of style and ability to maintain relevant brands, he has paved the way for other companies to follow. We look forward to celebrating with him in London in December. ”

One detail that makes the designer’s trajectory even more symbolic and unique within the fashion market is that even after more than 40 years of the official founding of his brand, he continues to actively and participatively contribute to the group’s key decisions. The awards will be presented on December 2 during the event The Fashion Awards 2019 in London.