Experimental exhibit “Art in Resonance” is featured at The Peninsula Paris 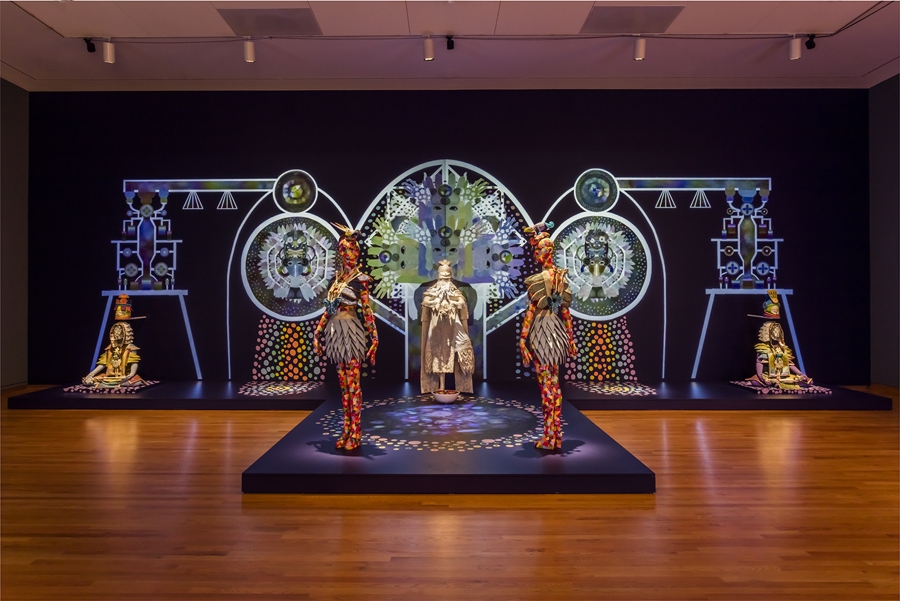 The Peninsula hotel chain opens to the public on Friday, September 27, another step in its global art program called Art in Resonance. The show at the French capital’s hotel showcases new and immersive pieces created by New York-based Japanese artist Saya Woolfalk and Frenchwoman Elise Morin. The pieces are in the hotel hall to be seen until November 15 by all the public.

“The success of this project and the great reception in Hong Kong proves that the art experience of our hotels has entered a new stage. It is a delight to our hearts to look at works of art that stir the emotions of those who find them. Wow see the newly created facilities already on display for the Parisian public, “said Carson Glover, vice president of marketing and communications.

At the top of the page and above, images of works by Saya Woolfalk present at The Peninsula Paris exhibition

All three works on display in Paris were designed to generate meaningful conversation. One of the exhibition’s curators, Bettina Prentice states that Saya’s work investigates a broad definition of cultural diversity. “It appeals to you with its dazzling and immersive projections, which imagine a post-racial utopia.”

Along with the launch of the new stage of “Art in Resonance” during Paris Fashion Week (PFW), The Peninsula Hotels also hosted the first fashion show in the French capital of handcrafted accessories and design brand Brother Vellies. Founded by Aurora James, the award-winning brand works with workshops around the world to create and sustain craft work in areas where employment opportunities are scarce.

“Using fashion as a vehicle for creating and maintaining long-term craft jobs around the world is the most impactful thing industry can offer the planet and our humanity,” says Aurora. “I am very grateful to The Peninsula Hotels for recognizing the importance of the work we intend to do at Brother Vellies.” Guests and visitors to The Peninsula Paris can now view selected pieces from the collection at the hotel itself.